Entry #4: A Brief History of the Execution of Women Since the beginning of time, the death penalty has been handed down to both men and women for death worthy offenses. Although the crimes which carry a sentence of death have changed, capital punishment has withstood the test of time. The origin of the death… END_OF_DOCUMENT_TOKEN_TO_BE_REPLACED 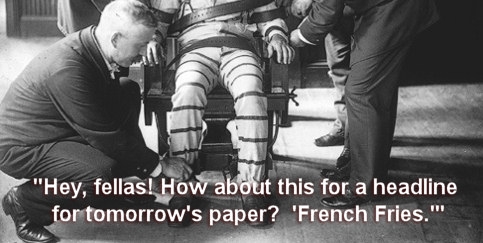 The practice of volunteering for execution by stopping all appeals is not an uncommon occurrence on death row. It has been proven that death row conditions, specifically solitary confinement, have the potential to produce mental illness and conditions such as hallucinations, hypersensitivity to sensory stimuli, and extreme anxiety, but what about inmates who commit murder just because they want to die? This was the case for James French and more recently, Christina Riggs. If inmates who wish to commit state sanctioned “suicide” are obliged, the message of the death penalty in itself is skewed, and concerns about the mental health process upon conviction, unearthed.